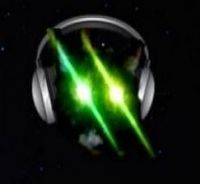 Born: 24, September 1952. Tedd Arnold aka " The Earth Cat ", is a Pittsburgh-based electronic musician, composer, vocalist and lyricist. Combining his passion for music with a deep meditation and yoga practice, Tedd has developed a unique sonic style that led to his first solo release " Sacred Electronica ". Along with working on the follow up to his current CD, Tedd is also combining talents with long time friend and former Radian keyboardist & composer, Robert Neft in a new progressive rock band called " The Anagram Principle ".

May 3, 2019 EQUATION is released with The Anagram Principle.

March 8, 2015 Inventor is released with The Anagram Principle.

August 13, 2013 Realm Of Being is released with The Anagram Principle.

The 70's: People still talk about the lengths to which Tedd Arnold is willing to go in order to get people to engage with his music. In 1973 Tedd and the fellow members of his band, Fluid, were a Pittsburgh sensation with their shaved metallic colored heads and innovative stage presentation. Fluids unusual sound and performing act received local and tri-state critical acclaim, culminating with the 1976 release of " Passage Through The Sun " which enjoyed great regional success and led to a national tour with Miko and the Laserium Show.

The 80's: Tedd's next major musical venture, was with the exceptional (Pittsburgh-based) progressive rock band Radian. As lead vocalist, flutist, composer and lyricist Tedd and his band mates were once again on the forefront of musical innovation. The 1986 release of " Feeling No Surprise " and " White Knight Moves " catapulted  Radian into the Pittsburgh and surrounding area's music scene.